No pain. no real feeling of illness. You slept in your own bed and when you woke up there were no traffic cones in there with you.

You are still able to function relatively well on the energy stored up from all those vodka and Red Bulls.

However, you can drink 10 bottles of water and still feel as parched as the Sahara.

Even vegetarians are craving a Cheeseburger and a bag of fries.

No pain, but something is definitely amiss. You may look okay but you have the attention span and mental capacity of a stapler.

The coffee you hug to try and remain focused is only exacerbating your rumbling gut, which is craving a full Irish breakfast.

Although you have a nice demeanour about the office, you are costing your employer valuable money because all you really can handle is some light filing, followed by aimlessly surfing the net and writing junk e-mails.

Slight headache. Stomach feels crap. You are definitely a space cadet and not so productive.

Anytime a girl or lad walks by you gag because the perfume/aftershave reminds you of the random gin shots you did with your alcoholic friends after the bouncer kicked you out at 1:45 am.

Life would be better right now if you were in your bed with a dozen doughnuts and a litre of coke watching daytime TV.

You've had 4 cups of coffee, a gallon of water, 2 Sausage Rolls and a litre of diet coke yet you haven't peed once.

You have lost the will to live. Your head is throbbing and you can't speak too quickly or else you might spew.

Your boss has already lambasted you for being late and has given you a lecture for reeking of booze.

You wore nice clothes, but you smell of socks, and you can't hide the fact that you (depending on your gender) either missed an oh-so crucial spot shaving, or, it looks like you put your make-up on while riding the dodgems.

Your teeth have their own individual sweaters. Your eyes look like one big vein and your hairstyle makes you look like a reject from a second-grade class circa 1976.

You would give a weeks pay for one of the following - home time, a doughnut and somewhere to be alone, or a Time Machine so you could go back and NOT have gone out the night before.

You scare small children in the street just by walking past them.

You have a second heartbeat in your head, which is actually annoying the employee who sits next to you.

Vodka vapour is seeping out of every pore and making you dizzy.

You still have toothpaste crust in the corners of your mouth from brushing your teeth.

Your body has lost the ability to generate saliva, so your tongue is suffocating you.

You'd cry but that would take the last drop of moisture left in your body.

Death seems pretty good right now. Your boss doesn't even get mad at you and your co-workers think that your dog just died because you look so pathetic. You should have called in sick because, let's face it, all you can manage to do is breathe ..... very gently.

You arrive home and climb into bed.

Sleep comes instantly, as you were fighting it all the way home in the taxi.

You get about 2 hours sleep until the noises inside your head wake you up.

You notice that your bed has been cleared for take off and is flying relentlessly around the room.

No matter what you do you now, you're going to chuck.

You stumble out of bed and now find that your room is in a yacht under full sail.

After walking along the skirting boards on alternating walls knocking off all the pictures, you find the toilet.

If you are lucky you will remember to lift the lid before you spontaneously explode and wake the whole house up with your impersonation of walrus mating calls.

You sit there on the floor in your undies, cuddling the only friend in the world you have left (the toilet), randomly continuing to make the walrus noises, spitting, and farting. Help usually comes at this stage, even if it is short lived.

Tears stream down your face and your abdomen hurts. Help now turns into abuse and he/she usually goes back to bed leaving you there in the dark.

With your stomach totally empty, your spontaneous eruptions have died back to 15-minute intervals, but your body won't relent.

You are convinced that you are starting to turn yourself inside out and swear that you saw your tonsils shoot out of your mouth on the last occasion.

It is now dawn and you pass your disgusted partner getting up for the day as you try to climb into bed. She/he abuses you again for trying to get into bed with lumpy bits of dried vomit in your hair.

You reluctantly accept their advice and have a shower in exchange for them driving you to the hospital.

Work is simply not an option.

The whole day is spent trying to avoid anything that might make you sick again, like moving.

You vow never to touch a drop again and who knows for the next two or three hours at least you might even succeed.

OK, now hands up all those who have never had a six star hangover!!

For some time many of us have wondered just who is Jack Schitt? We find ourselves at a loss when someone says, "You don't know Jack Schitt!" Well, thanks to my genealogy efforts, you can now respond in an intellectual way. Jack Schitt is the only son of Awe Schitt. Awe Schitt, the fertilizer magnate, married O. Schitt, the owner of Needeep N.Schitt, Inc. They had one son, Jack. In turn, Jack Schitt married Noe Schitt. The deeply religious couple produced six children: Holie Schitt, Giva Schitt, Fulla Schitt, Bull Schitt, and the twins Deap Schitt and Dip Schitt. Against her parents' objections, Deap Schitt married, Dumb Schitt, a high school dropout.

After being married 15 years, Jack and Noe Schitt divorced. Noe Schitt later married Ted Sherlock, and, because her kids were living with them, she wanted to keep her previous name. She was then known as Noe Schitt Sherlock. Meanwhile, Dip Schitt married Loda Schitt, and they produced a son with a rather nervous disposition named Chicken Schitt. Two of the other six children, Fulla Schitt and Giva Schitt, were inseparable throughout childhood and subsequently married the Happens brothers in a dual ceremony. The wedding announcement in the newspaper announced the Schitt-Happens nuptials. The Schitt-Happens children were Dawg, Byrd, and Hoarse. Bull Schitt, the
prodigal son, left home to tour the world. He recently returned from Italy with his new Italian bride, Pisa Schitt.

Now when someone says, "You don't know Jack Schitt," you can correct them.

One for the road

A priest was driving along and saw a nun on the side of the road he stopped and offered her a lift, which she accepted. She got in and crossed her legs, forcing the habit to open and reveal a lovely leg. The Priest had a look and nearly had an accident. After controlling the car, he stealthily slid his hand up her leg. The nun looked at him and immediately said "Father; remember psalm 129". The priest was flustered and apologized profusely. He forced himself to remove his hand. However, he was unable to remove his eyes from her leg. Further on while changing gear, he let his hand slide up her leg again. The nun once again said "Father, remember psalm 129". Once again the priest apologized. "Sorry sister but the flesh is weak". Arriving at the convent, the nun got out, gave him a meaningful glance and went her way. On his arrival at his Church, the priest rushed up to retrieve the Bible and looked up psalm 129.
It said "Go forth and seek, further up you will find Glory".

MORAL OF THE STORY: ALWAYS BE WELL INFORMED IN YOUR  JOB OR YOU MIGHT MISS A GREAT OPPORTUNITY!! 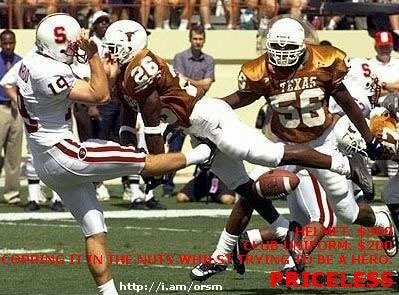 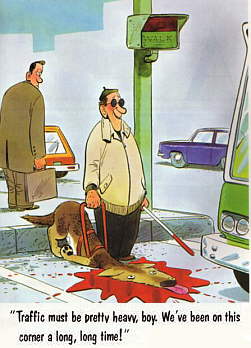 If you have a favorite joke and would like us to use it please submit it to us at: mailto:support.  Include your name if you want us to identify you.....